There are simply no suitable words to express how much the Sewol ferry tragedy has affected so many people both here in South Korea and all across the globe. The unthinkable impact this devastating accident has had on all the families and friends involved is possibly so severe, that coming to terms with this awful event may be something they will never achieve. And who would dare to blame them? This catastrophic incident could have been avoided if the proper procedures were put in place.

As an expatriate who has been living here for over four years, one question that always crosses my mind (and the minds of many other foreigners here) is ‘why Korea’? From the simple everyday individual acts of bemusement, to national customs that seem quite difficult to fathom, this question never seems to be far from my thoughts. It must be clarified that in no way am I degrading local customs/traditions, in fact it is quite the opposite. Korea is a great country, a country that may leave you perplexed initially, but as time passes, it is a country that most grow to love and the customs here are not only accepted, but embraced for the most part. After all, we are the minority group here, who have been welcomed into this country with open arms and we should never forget that.

On April 16, the lack of appropriate action taken to save hundreds of young lives on the Sewol ferry has raised that question ‘why’ again, but this time it really does need to be addressed in a much more serious manner. There are so many ‘whys’ that have emerged from this tragedy already and as the investigation continues, it is inevitable that even more questions will arise.

Why did the Sewol sink? Why were passengers ordered to stay indoors as the ship was clearly sinking? Why did the captain and crew flee before the passengers? Why were there no safety procedures performed before the ship set sail? Why was there only two lifeboats deployed? Why did the passengers listen to the orders? Why did the government act in such an incompetent way in the aftermath of the tragedy? Why did President Park Geun Hye publicise her opinions on the Sewol captain and crew ruining any chance they have of a fair trial? Why were there so many conflicting reports in the media? Why did it take two weeks to deploy a diving bell? Why were some divers stopped from joining the rescue mission?  Why is there a lack of adequate international assistance? Why is the investigation going to take up to six months to draw these conclusions? Why did so many young and innocent lives have to suffer? Simply put, the Sewol ferry tragedy; why did it happen? These are just some of the questions that need to be answered. 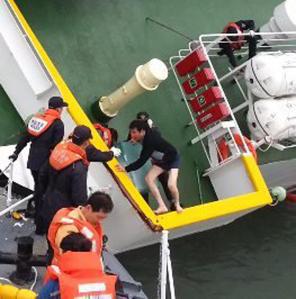 Unsurprisingly, most fingers of blame are being pointed at the captain and his crew. The very fact that they survived while over 300 passengers aboard the Sewol lost their lives, shows that they failed terribly in their duties to protect everyone on board. Their selfish behavior is one of the main reasons why so many lives were lost; this is a stone cold fact. The shameful scenes of the captain being rescued from the ship, as the passengers remained helpless indoors; waiting for his guidance is one that will live on in many peoples’ minds. Once again, why was he not in his uniform?To avoid being recognised it would seem. How dare he think that his life is more important than that of hundreds of school children, but not just them, all the passengers on the ship, young or old, rich or poor, male or female, it doesn’t matter; all these lives should have been given priority by the crew during the rescue mission. The captain and the crew will be punished, but there is not a punishment severe enough to justify their cowardly and selfish reaction. 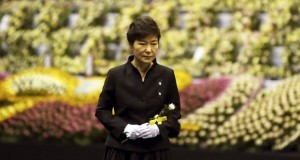 Focusing solely on the incompetence of the captain and his crew would be naïve. The Korean Government has to be held accountable also. The lenient approach towards safety procedures here in Korea has come into question in the past, yet it looks like the loss of over 300 lives is what it is going to take before the government orders the necessary actions to ensure that public safety here is enhanced to a level it should have been at decades ago. It is all too little, too late.

The Korean economy may be one of the strongest in the world, but there are still so many flaws with the country’s leadership structure. There is a sense amongst some people that Korea still remains a partly underdeveloped nation, that needs a lot more guidance from the western world. Perhaps this statement is a touch too harsh, but judging by the way in which this tragedy was handled, it certainly poses the question as to how much Korea has actually advanced in recent decades.

12 thoughts on “WHY? Sewol: A First World Tragedy with a Third World Reaction”